(via anthropologyworks) British-Canadian anthropologist Robert Paine died at the age of 84. Eveybody who’s interested in the Northern and Polar areas will know his name.

He sent his most recent article for publication just weeks ago. Last year his second volume on the Saami Camps of the Tundra came out. It was nearly 40 years ago he went to Northern Scandinavia for the first time. The Far North was a non-prestigous area in anthropology at that time.

Joan Sullivan has written an informative obituary in The Globe and Mail, that at the same time tells us something about the history of anthropology and the changes the discipline has gone through:

The discipline was very different then, and there was little funding for research outside the purview of Britain’s Colonial Social Science Research Council.

This did not deter him at all. He went off to study the Saami, then called Lapps, in Northern Scandinavia. “He had £50 in his pocket, and he went to the English seaport of Grimsby, to see if he could get a berth", said his partner Moyra Buchan.

“In a pub he met an English skipper who asked if he spoke Norwegian. And he lied quite blatantly and said yes. The skipper took him on to read magazines to him. Robert said he made most of them up!”

He worked odd jobs, eventually as a reindeer herder, learned to speak Saami, and immersed himself in that life for three years, even marrying a Saami woman, Inger-Anna Gunnare, with whom he had a son. 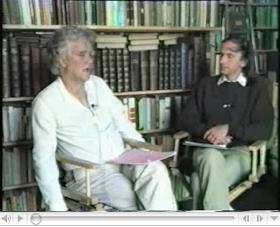 “Robert was an anthropologist of the old school. A fieldworker. At his core, he was mistrustful of conclusions that weren’t ultimately based on the researcher’s own conversations with individuals in the field", wrote another famous arctic anthropologist, Jean Briggs, on Paines’ tributes page at Memorial University, Canada.

It seems that there are no articles by him online, but his work is presented or referred to in several theses or papers that are freely available, for example in Living With Risk and Uncertainty: The Case of the Nomadic Pastoralists in the Aru Basin, Tibet by Marius Warg Næss, In the Reindeer Forest and on the Tundra. Modern Reindeer Management and the Meaning of Local Ecological Knowledge by Helena Ruotsala (published in Pro Ethnologia 18), Do Fences Make Good Neighbours? The Influence Of Territoriality In State-Sámi Relations by Scott M. Forrest and Claiming reindeer in Norway: towards a theory of the dynamics of propertyregime formation and change by Cassandra Bergstrøm.

Interview with Sámi musician Mari Boine: Dreams about a world without borders

Why Siberian nomads cope so well with climate change

This entry was posted by admin and filed under Saami, persons and theories, Arctic / Northern Regions.