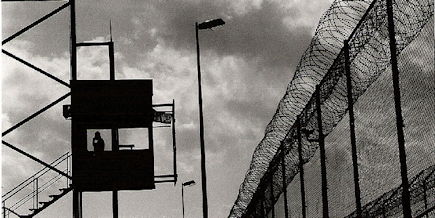 30 US Dollars in order to read a single academic article? Why? Is it about making money? No. “The high price is designed to maintain the barrier between academia and the outside world. Paywalls codify and commodify tacit elitism”, writes anthropologist Sarah Kendzior in Al Jazeera.

She gives a good overview of some important issues that restrict the circulation of knowledge. Most academic articles are hidden behind paywalls. People without affiliation to a well-off university that can afford to subscribe to (often overpriced) journals are denied access.

Many researchers would like the public to engage with knowledge, she writes. But many are not able to pursue that goal “due to the tyranny of academic publishers and professional norms that encourage obsequiousness and exclusion”.

In todays’s academic world, academic publishing is not about sharing knowledge:

Publishing is a strategic enterprise. It is less about the production of knowledge than where that knowledge will be held (or withheld) and what effect that has on the author’s career. New professors are awarded tenure based on their publication output, but not on the impact of their research on the world. (…)

One of the saddest moments I had in graduate school was when a professor advised me on when to publish. “You have to space out your articles by when it will benefit you professionally,” he said, when I told him I wanted to get my research out as soon as possible. “Don’t use up all your ideas before you’re on the tenure track.”

This confused me. Was I supposed to have a finite number of ideas? Was it my professional obligation to withhold them?What I did not understand is that academic publishing is not about sharing ideas. It is about removing oneself from public scrutiny while scrambling for professional security. It is about making work “count” with the few while sequestering it from the many.

Sarah Kendzior is a frequent contributor to Al Jazeera and other media. She has received lots of attention for her articles, among others about the elitist American academia and academics with salary below the poverty line (The closing of American academia) and The fallacy of the phrase, ‘the Muslim world’ where she explains why is time to retire the phrase “the Muslim world” from the Western media.

On her blog she keeps us up to date with her new publications and the reactions she has received.

She has recently received her PhD from Washington University in St Louis. The title of her thesis The Uzbek Opposition in Exile: Diaspora and Dissident Politics in the Digital Age.

"Academic publishers make Murdoch look like a socialist": A call for action

Anthropology and the challenges of sharing knowledge online: Interview with Owen Wiltshire