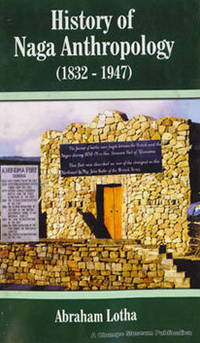 Paul Pimomo reviews in The Morung Express a book that might not only be interesting for area specialists. The History of Naga Anthropology is, he writes, “a valuable contribution to the broad area of postcolonial studies“.

In History of Naga Anthropology (1832-1947), Abraham Lotha sheds light into a darker part of the history of our discipline. Among other things, he documents the “intimate collaboration between science and colonial administration in the development of Naga ethnography”. The book is based on research for the master’s degree in Cultural Anthropology at Columbia University in New York:

Like other postcolonial studies of history, Abraham Lotha’s book places the first hundred years of writings about Nagas in the category of “colonial anthropology,” that is to say, ethnography by colonial administrators and others enabled by them in ways that directly or indirectly served the colonial functions of the powers that be.
(…)
British writing on Nagas up to 1866 portrayed them as ignorant, stubborn, and hostile to British interests. Several monographs came out of the military expeditions into Naga territory at this time, and shorter individual soldiers’ accounts of their experiences were published in the Journal of Asiatic Society of Bengal. These early articles, mostly in the manner of descriptive reports, sold the Nagas as exotic, wild, and savage tribes to their scholarly readers in India and in England.

The projects of the colonial administration and Christian missionaries resulted in that the Nagas were socialized into the ideology of colonial subordination and, after they left the Naga Hills, into the position of second-class citizens in postcolonial India, he writes.

>> read the whole review in The Morung Express

Book review: An Anthropological history of the Adivasis of Bastar

An exhibition and a movie: The French, colonialism and the construction of “the other”

On Savage Minds: Debate on the Construction of Indigenous Culture by Anthropologists

This entry was posted by admin and filed under indigenous people / minorities, Us and Them, Asia, books, anthropology (general), history.