When filming people became possible, anthropologists began to drift away from it. Though better off than at the beginning of the 20th century, the visual anthropology today is still perceived as a marginal discipline, Tereza Kuldova writes in the first part of her review of Photography, Anthropology and History: Expanding the Frame.

Tereza Kuldova is going to write about selected articles, the first one is Anthropology and the Cinematic imagination by David MacDougall. (Update: Here is part II: Colonialism, racism and visual anthropology in Japan) 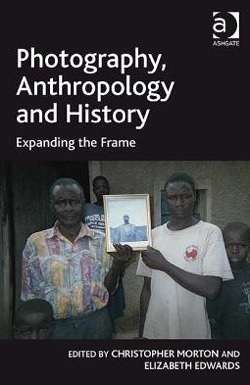 David MacDougall presents in his article Anthropology and the Cinematic Imagination a rather brief discussion of the relations between anthropology and the cinematic. He relates the beginnings of the cinematic imagination to the use of stereograph and after that pinpoints the interest and enthusiasm of the 19th century anthropologists with the new media of photography and motion pictures, which was followed by the ‘dark age’ of visual anthropology in the first half of the 20th century.

At that point of time anthropologists began to be reluctant to publish photographs in their monographs and ethnographic filmmaking has become a “sideline of anthropology, practiced more by amateurs, adventurers, missionaries, journalists and travel lecturers than anthropologists” (ibid:57). As a reasons for this he identifies the ‘contamination’ of the photographic media by popular entertainment; photographic media “were considered vulgar and exuded aura of the musical hall” (MacDougall 2009:57).

He further argues that also the practices of anthropologists and their methodologies have become more logocentric. The anthropological knowledge itself was changing, it was “shifting away from the visible worlds of human beings and their material possessions towards the invisible world of abstract relations such as kinship, political organization and social values”. However, “if observation was so important, you would think that filming people in their daily interactions would have become increasingly useful.

Yet, it was just at this time, when filming people became possible, that anthropologists began to drift away from it. The human body, which had excited so much interest in the 19th century, when it was constantly being measured and photographed, had ceased to be a site of meaning” (ibid:57). Film images and photographs were rather objects you would put in a museum; they were placed at the margins of anthropology.

However, the first glimmer of hope came after the second world war in the 1930s with Gregory Bateson and Margaret Mead and their Balinese project and later on with Jean Rouch, who was using light-weight camera as a kind of personal writing instrument. Here you can view a sequence from Jean Rouch’s Chronique d’un été, 1960

Together with John Marshall – all of them reinvented the ethnographic film and revived the interest in the possibilities of visual anthropology.
“Beginning in the 1950s they began to demonstrate that cinema had more to offer anthropology than a technology of note-taking or a means of popularization. Their films tried to enter into the thoughts and feelings of their subjects and the physical spaces in which they lived” (MacDougall 2009:58), exploring interpersonal relationships with the camera.

MacDougall thus concludes that “anthropologists and filmmakers invented, more or less separately, a way of looking at the world that involved repositioning themselves and their audiences imaginatively in relation to their subjects; and second, that as far as visual anthropology was concerned, these two inventions remained almost completely isolated from one another for a very long period, until they began to converge after the Second World War” (MacDougall 2009:61). “Rouch and Marshall believed that visual anthropology could and should do more than simply record what was in front of the camera. They were after the invisible content of the scenes they filmed, both in terms of the sense of space they conveyed and the experience of individuals” (MacDougall 2009:62).

There are two points in MacDougall’s argument which might have been elaborated further and which I find interesting. The first one is that of ‘contamination’ of the photographic media by popular entertainment, which was possibly one of the reasons why anthropologists tended not use this media at the beginning of the century. For me this line of thinking resembles the discussion about the concept of ‘culture’, which is not only criticized for being essentializing and bounding, but is also portrayed as being misused, meaning anything and everything and thus turning into a ‘lay’ concept.

This is, I believe, one of the core problems. As anthropology struggles continually with the problem of its own authority, it necessarily creates boundaries between the ‘commonsense’ and the ‘scientific’. Once ‘culture’, ‘photography’ or ‘motion picture’ is connected with the masses or ‘laymen’, the ‘science’ tries to distance itself from it, implicitly claiming a superior ‘scientific’ version of reality.

However, I believe that this attitude can turn out to be counterproductive. What is rather the issue in the case of anthropological or ethnographic photography and film is how to transmit the ethnographic knowledge pictorially and how to rethink the modes of representation, while not merely reproducing the archetype of the ‘documentary film’.

The visual anthropology today, though better off than at the beginning of the 20th century, is still perceived as a marginal discipline. Nevertheless, I believe that anthropology has a lot to gain from the visual field of experience and from rethinking of the visual modes of its representation.

The second point which MacDougall makes and which I find important is that of the turn towards the focus on the abstract structures and relations of social systems, which have dissociated them from the obvious relationships with the material, which led to the surpassing of the material in anthropological writings. Though the focus on the social dimension is no doubt the core of anthropology, I believe that we can get more of it by acknowledging the material and visual dimension of our social lives and by trying to use the methods of visualization innovatively when writing our monographs.

At the same time, I believe that we have to be cautious when dealing with the visual, so that it does not become overwhelming, and in turn reducing the focus on the social. What we need to focus on is rather the dialectics of the social and the material, depicting it in terms of both writing and visualizing.

This was the first part of the review of Photography, Anthropology and History. To be continued during this week! (Update: Here is part II: Colonialism, racism and visual anthropology in Japan)

>> more information about the book

>> read the introduction by Elizabeth Edwards and Christopher Morton

In memory of John Marshall

This entry was posted by admin and filed under books, anthropology (general), media, history, Visual Anthropology.