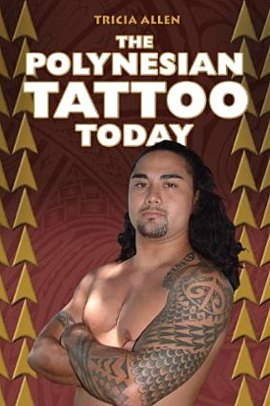 Public anthropology does exist. There are lots of anthropologists who write for the wider public and not only for other anthronerds. Here’s another example: The Polynesian Tattoo Today by Tricia Allen, doctoral candidate in anthropology at the university of Hawai’i.

In an interview with Honolulu’s Star Bulletin, she explains:

“The first book did well; it is now in its third printing. Its primary readership was those with a specific interest in Hawai’i and history. The new book will reach a larger audience, as it is far more general – covering all of Polynesia – and is primarily photographs. Anyone can enjoy looking at beautiful photos of artful bodies!”

The book was not launched in a traditional academic way with a seminar. The publishers hosted a “Tattoo Contest". Tricia Allen and several Polynesian tattoo artists were “on hand to autograph books – or your arm".

Allen is by the way not only anthropologist but tattoo artist herself and has tattooed over 8000 members of the Polynesian community. She completed her Master’s thesis at the University of Hawai’i at Manoa in 1992 on the early practice of tattooing in the Marquesas Islands. For her doctoral thesis, she is researching the revival of the arts in the Pacific. “In the last few years a pan-Polynesian style has gotten incredibly popular", she says.

>> read the whole story in the Star Bulletin

Her new book is already mentioned in several blogs and forums like Twistedprints, Honolulu Magazine, and Tattoosday.

“Many tattoos featured in the book are a mixture of styles… Hawaiian, Maori, Samoan. Polynesian tattoos are increasing in popularity and many traditional designs have been revived", writes M.L. Sanico i his review in the Hawaii Book Blog:

What I especially liked about the book is seeing the diversity of people who have these tattoos, and who are tattoo artists themselves. Each photo has a short caption with the person or tattooists name, where they’re from and a little bit about the tattoo or what it means to them.

In an earlier interview, Tricia Allen tells us more about the revival of Polynesian tattoos:

There is a revival of all of the ancient arts: tattooing, tapa making, weaving, carving, dance, chanting and firewalking. There is a whole resurgence of Polynesian culture, and tattooing is just a part of that. In my mind it is one of the most significant parts of the revival because it’s such a permanent statement: “I’m Polynesian.” And to some degree in many cases it is a political statement, or a statement of allegiance to the traditional culture.

Also check her own website with more tattoo infos and pictures.

The recent example of public anthropology was my blog post Anthropologist uncovers how global elites undermine democracy and one of the most read posts ever.

Marianne Gullestad and How to be a public intellectual

Manga instead of scientific paper: How art enriches anthropology

This entry was posted by admin and filed under culture traditions, Pacific Oceania, books, art.

I’m the Big and a proud owner of Polynesian tattoos. It seemed that the book you are talking in your article Is worth reading and I’m sure I will buy one of them. Its always good to know the history of the tattoos that you have on your body. Besides I’m a very interested in history of those regions of the earth.

Who is the guy doing the traditooal tattoo?Because I would feel extremely honored to have that kind of design on my next tattoo!Polynesian Tattoos are the most beautiful i think.Good to see the have elements from all the polynesian cultures.

This is great! I also have mine as living in a polynesian communities. In our place if you have tattoos in your body it means that you are brave enough to stand to all enemies and if you kill one of the enemy you get additional tattoos in your body. As part of this revolution in our popular culture as a native one. Tattooing is ascending to unprecedented levels of popularity among a vast array of social groups.