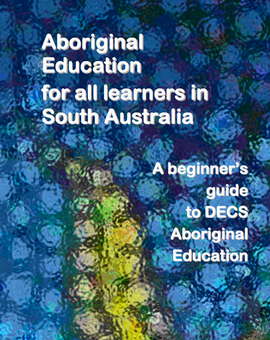 The West Australian and South Australian education departments have made lists of appropriate and inappropriate words to describe Aboriginal people and culture, The Australian reports.

- Dreamtime is no longer an acceptable term to describe the collection of Aboriginal creation stories, and should be referred to as The Dreaming or The Dreamings.

- The term native should be replaced by indigenous groups or language groups.

- Instead of saying myths and legends, teachers should say Dreaming stories, teaching from The Dreaming or creation stories.

- Aborigine should not be replaced by the term Aboriginal person.

- Rituals should be called ceremonies

- religion should be avoided in favour of spirituality

- tribal should be shunned for traditional.

- tribe should be replaced by Aboriginal people,

- horde should be replaced by language groups

- instead of clan the term family groups should be used

The list of terms was developed with input from a wide variety of sources, including departmental staff, Aboriginal organisations and academics.

>> read the whole story in The Australian

Anthropologists condemn the use of terms of “stone age” and “primitive”

This entry was posted by admin and filed under Pacific Oceania, language, aboriginees, anthropology (general).