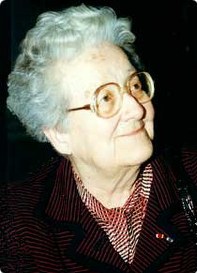 Germaine Tillion died on Saturday at the age of 100. Her resistance against injustice and inhuman treatment, Marranci writes, never ceased despite her age. Recently, starting from her experience in Algeria under the French occupation, she had condemned the use of torture in Iraq and the ‘CIA secret prisons’ as part of the Bush administration’s so-called ‘war against terror’.

See also the Reuters article French resistance hero Germaine Tillion dies at 100 and Tillion’s website (in French) where also the picture is taken from.

This entry was posted by admin and filed under anthropology (general), persons and theories.