Now, only a few days before the largest gathering of anthropologists in the world, it’s time to take up again the banner of the well-prepared, well-written, well-presented conference paper, writes Rex in his post Defending the form at Savage Minds .

Wrestling With Others for Self for Others: on the Need of Spectacle in Academic Presentations 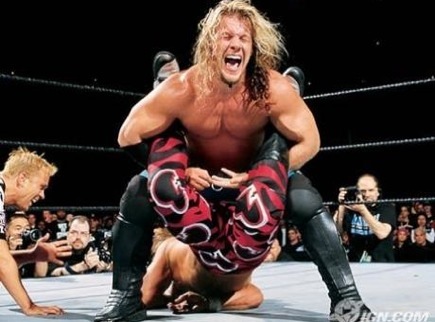 Have you been recently at a conference? How many people could you count dozing off at the beginning, in the middle and at the end of the presentations? Or maybe, you too were dozing off, unable to even count your fellow colleagues who shared that miserable state of existence at an utterly boring presentation…

Or, maybe, you are one of those who really try to give people a chance and engage with their ideas, but you are on a verge of becoming disinterested in even the most spectacular and thought provoking subjects just because the presentations kill it? Or maybe you are the presenter who makes people doze off? In that case, you need to learn something from wrestlers.

So here we are, at yet another anthropological conference. We, anthropologists, write about incredibly interesting, exciting things in the world, cultures, myths, religions, hierarchies, imaginations from all corners of the world. Yet, when you come to an anthropological conference, with some exceptions that merely confirm the rule, you will see a room full of people with almost disinterested expressions on their faces - these are possibly intended to signify the seriousness and depth (oh yeah, the anthropological obsession with ‘depth’) of their intellectual endeavor (however, it is enough to wait for the dinner and a little wine and, before you know it, you are listening to stories from the very same people’s bedrooms /possibly a way how to get ‘deeply’ familiar with each other/).

Better to get back to the conference room now. So they have a script and a plan. Each gets 20 minutes to present a paper. For some reason very few understand the simple concept of 20 minutes (yet all of them seem to be heavy users of watches) and for some even more miraculous reason most do really believe that presenting equals reading. Some basic arithmetic would make this clear immediately, if 2=2 and an apple is an apple, then presenting and reading can hardly be equal. These are namely two very different concepts.

Reading means comprehending and understanding the written word, deciphering its meaning and interpreting it while engaging with the text and its ideas. It is a relation between the reader and the text, a private and intimate relation too. Reading paper out loud disrupts this. It intends to invite the listener in, yet at the same time it never really succeeds, and by the very nature of this awkward relationship it cannot. Reading out loud does not invite the listener into a dialogue, the listener is not part of that exclusive bond between the reader and the text, and is rather ambivalently included and dis-included at the same time.

And so we are sitting in the conference room, another speaker is being introduced. Interesting topic, the title sounds amazing. We sit back on our chairs and wake up a little. Then the word goes to the speaker himself.

First thing that he says, “eergh, I was rushing to the airport yesterday, was a bit delayed and had to catch the flight, so it happened I forgot my USB somewhere, still have not figured out where and with it the presentation, and it is not even in my laptop or on my email, so I am left without it, but I will really try to make up for that, I promise” (‘so you promise, eh’, we think to ourselves).

And he goes on (as if this was not already enough), “my paper is a little longer, so maybe I talk into the discussion time, but that is fine I guess, it is important” (we are beginning to sense frustration, which is the first stage of dozing off later on). So he sits down (‘oh no, not one of those again’, crosses our minds), and puts his paper right in front of his face and starts reading, as if reading for himself, no intonation, no enthusiasm.

We try really hard to follow with the fast flow of unintelligibly long sentences, five minutes into the reading we lose it, look out of the window and watch the birds outside, think of our lovers or our deadlines, suddenly our minds re-enter the room and we try to re-focus. Impossible, we lost it. This ‘reader’ does not know what highlights and repetition are, we are done and our imagination flies back to our lovers (or deadlines). Thirty minutes into the talk we start wondering, wasn’t he supposed to be finished by now, hell, what’s the time.

Around the 35th minute the speaker starts blabbering something about finishing off soon, we sharpen our ears, we get one sentence. We match it fast with the title of the paper, get the picture of what was probably going on and then we manage to formulate few relevant questions. Then one of us says, “thank you for the very exciting and stimulating lecture” (though the only thing that in reality really excited and stimulated us was probably the thought of our lovers) and add, “I have one little remark…”.

And so we go on with the theatre.

After the speaker is done the others start coming to him, “very good presentation, you have some nice points, see you at the dinner”. Do you want to know what they really think? “It sucked and I am definitely not going to read your paper, but I am going to pretend I will”.

Good reasons for that, the moment our speaker stepped in on the stage and wasted five minutes on diminishing himself giving us a story of lost USB, he was doomed to fail. The moment he started reading while hiding himself behind the paper, he confirmed that. The moment he went over his time, he showed he does not care for others. Yes, it is disrespectful. And yes, it shows your disinterest in discussion. Creating engaging dialogue should be the aim, yet, instead you fear, fear the questions. Grow up, the questions are there for you, through engaging with others’ reflections you will emerge as a transformed person! Stop fearing what others have to say! Embrace it instead.

‘Argument is war’ is one of the famous metaphors we live by (Lakoff and Johnson 2003). It is through dialogue and juxtaposition of different voices that meaning emerges (Bakhtin 2004). In knowledge, disruption is the goal! If dialogue ends, everything ends, as Bakhtin says. What is the ultimate spectacle of violent conflict, the ultimate metaphor of an argument? Wrestling! Yes, we should learn from wrestling and that too on more than one level!

Can We Academics Learn Something from Wrestling? 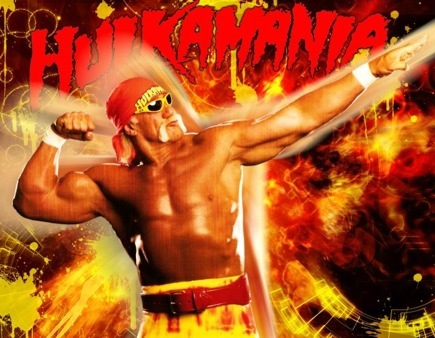 A wrestler is charismatic, has a stage presence, he is there to please the audience and that is how his success is determined. His performance is designed to create desired effects. He is a “a self-promotional device to draw the crowds and build reputation that would precede his entrance in the town” (Mazer 1998: 24) – not unlike an academic in this respect. Now don’t you want to be more like that? And less like the one who makes the audience doze off?

Did you know that young wrestlers have only twenty minutes in the program of the day to impress the audiences and create ‘heat’? Well, they happen to stick to the time. And most of them create considerable amounts of ‘heat’. Now next time you go out there, think about your audience first and about yourself as a wrestler! You want your audiences’ brains to heat up! You want them to focus their attention on you and what you have to say! Talk briefly but with impact, like a wrestler – Bang! Get your point across – Bang!

You have been researching for ages and you know your stuff, so how come you have to read it (that is just suspicious by the way)? Talk to your audiences, get them engaged in your ideas and thoughts, and create a dialogue instead of killing it. Maybe you are the enemy of yourself in this staged performance that we call ‘presenting a paper’.

Our whole endeavor in anthropology is like wrestling. We wrestle with others and their ideas, for ourselves and for others and when it comes to presenting we have to wrestle with ourselves for others, for the audience. Show the world the power of your ideas, be bold, talk loud and rehearse your stage performance, give us the spectacle! We want to remember what you say and we want to get interested in what it is you do. Get me interested and I read your work, those 20 minutes, those are a teaser, a commercial, an advertisement. So start writing down your punch lines (it is not a coincidence it is called a punch line, come alive wrestler!).

Now to the more profound importance of ‘wrestling’, Roland Barthes once said that “wrestling is a sum of spectacles, of which no single one is a function: each moment imposes the total knowledge of a passion which rises erect and alone, without ever extending to the crowning moment of a result” (Barthes 1993).

Maybe, we should like a wrestler turn our presentations into a sequence of little spectacles, open these up with a puzzle, engaging paradox or ambiguity. Maybe the inevitable ambiguity of the worlds we research and try to describe and thus the ambiguous nature of our findings should be understood as a productive force. The world is dirty and fuzzy; full of artificial categories we create to grasp this fuzziness and mess. Oh yes, and to top it, we create other categories intended to describe these ambiguous cases, such as hybridity and creolization.

We should get rid of those statements beginning with “I argue that” or “I conclude that” (note that wrestling is not about winning, it is about the process) and maybe we should instead open possibilities and let ambiguous voices speak. We are dealing with dialogical materials we are in dialogue with, how can the product be anything else than an invitation into that dialogue, a dialogue that is a part of the ongoing dialogue of humanity?

Maybe loose ends should never be really tied up, never really resolved for the sake of further dialogue and for the sake of knowledge, which itself is only a sort of metadialogue. Words are power and they can carve us versus them very easily, they objectify and transform what is fluid into something static. Categories thrive on pollution and love for purity. The more pollution the stronger the desire for purity (Douglas 2002).

But can it be that tidying all dirt is not such a good idea? Maybe we need to deal with garbage and dirt differently (Eriksen 2011). This struggle for perfect labels and neat categories is no more than an act of violence against life that is an unending and ambiguous dance of merger and division (Anton 2001). If that is so, the question is, could we think of hypocrisy and wrestling as a virtue?

Douglas, M. 2002. Purity and danger: an analysis of concepts of pollution and taboo. Routledge.

How To Present A Paper - or Can Anthropologists Talk?

Academic presentations: “The cure is a strong chairman and a system of lights”

What’s the point of anthropology conferences?

Cicilie Fagerlid: Things to remember when presenting papers at conferences

I can attest to the eye-glazing boredom engendered by many of the presentations given at anthropology conferences. They tend to be heavy, high serious affairs. By contrast, the ethnomusicologists, who are also anthropologists, really know how to put on a scholarly conference. They are as sophisticated on a theoretical level but are way ahead in constructing engaging presentations. Maybe the subject matter has much to do with it.